We are a young project that mixes permaculture farming with community living. In our place, we grow together by sharing knowledge and experience with each other. We respect nature and all living beings, and are on our way to a self-sufficient lifestyle.

The project creators, Singyi and Denis, working – both in NGO during the years 2000, were facing the side effects of the humanitarism in poor countries: westerners were considered as rescuers while Cambodians where considering themselves as victims. For them, creating Nakupenda was highlighting the value of Equality between citizens in the world.

In January 2018, Marie and Benoît – two experienced gardeners that Singyi and Denis met during their stay in the Avioth community in France – came to help. Their presence and ideas confirmed the will to use permaculture techniques and principles in the garden and the vision of becoming some kind of ecovillage.

A few months later, in March 2018, the first volunteers came: Aurélia and Hadrien. Soon followed by Pierre-Louis, the first long-term volunteer. He helped the family to manage the project for several months and subscribed it on social platforms – Facebook, Workaway and HelpX. Volunteers then started to join from all over the world and Nakupenda switched from a family project to an international community.

In September 2018, Sinya and Singyi went to Thailand to follow a Permaculture Design Course (combined with a Natural Building Course) in an inspiring project called Rak Tamachat. Soon after the departure of Singyi to Belgium, Sinya learned about meditation (vipassana) improved her knowledge in permacutlure, developed her skills in producing mushrooms, and become the manager of the project.

In April 2019, Malin came back a second time in Nakupenda, as a long-term volunteer. After this second experience, Malin decided to change his life, he left his job as a top-chef in Switzerland, and decided to start new life with Sinya, for this new project. 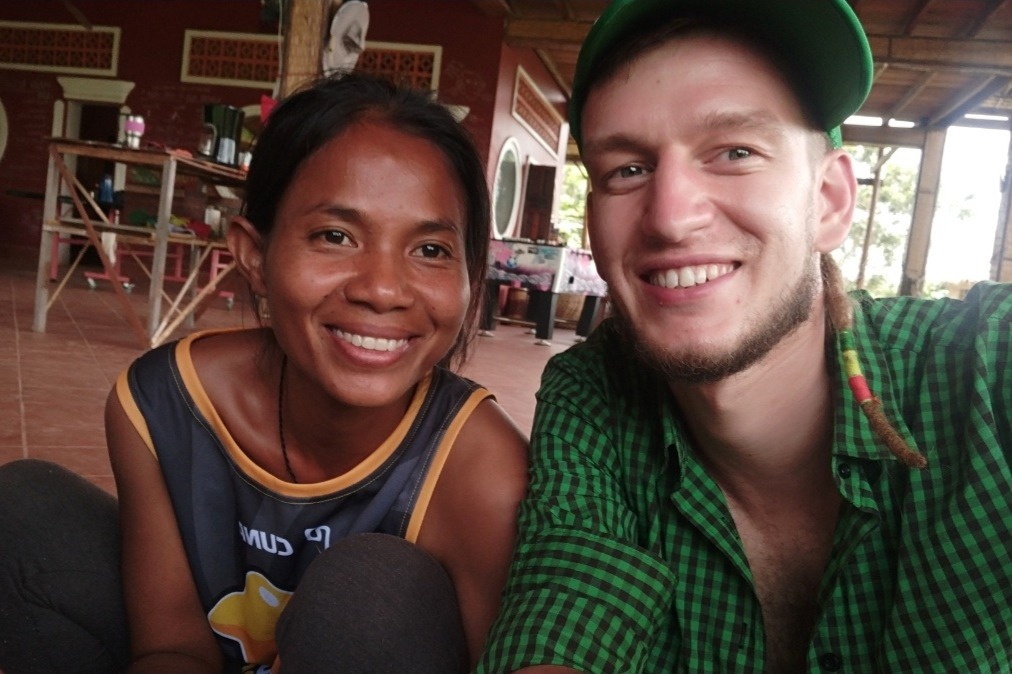 Many thanks to our long-term volunteers :

– James who became our first gardener…

– Richard, who helped to develop the water pump system in Nakupenda.

– Mazi, who did realize a super video of our project, filming the Nakupenda spirit.

– Antoine, who helped to develop contact with La Plantation ( a well-known pepper industry in Kampot), where he used to work.

Our volunteers are the spirit and the energy of the project. We promote freedom, initiative and self-development.

As you can read in the above section, a project like Nakupenda wasn’t created in one day. We were inspired – and continue to be – by many projects / people with similar values: